ABOUT US | FOUNDHERS | OUR TEAM | CONTACT US | OUR LOCATIONS
ABOUT US

In 15 countries around the world, The Knot Worldwide’s leading global family of brands inspire, inform and celebrate our communities as they move through life’s biggest milestones. From the proposal to the wedding day, creating a home to starting a family together, we’re there for them every step of the way. 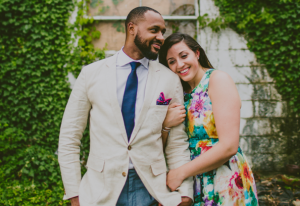 As the nation’s leading wedding marketplace, The Knot seamlessly engages, matches and connects couples with the products, services and vendors they need to pull off a wedding that is uniquely their own. 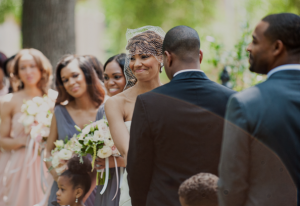 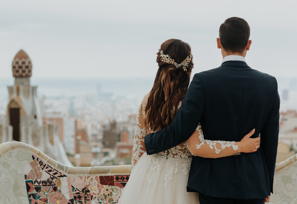 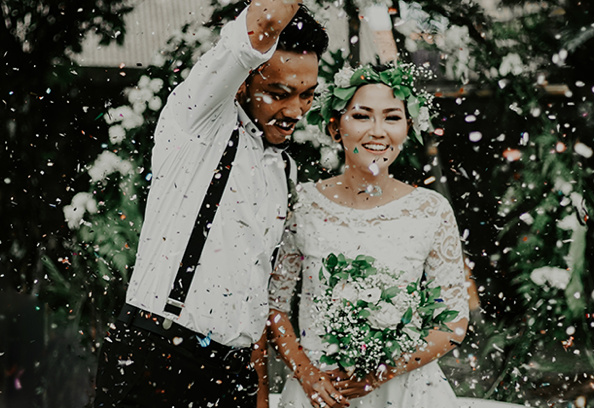 Hitched is the UK’s leading wedding planning destination. For more than two decades, we’ve helped people get married by providing planning tools and advice and by connecting them with the best vendors. 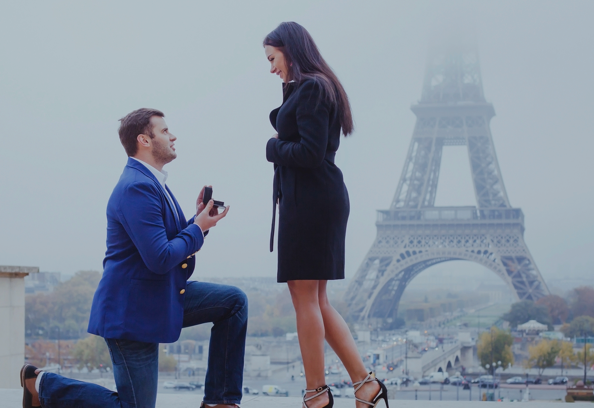 The go-to web and social media brand for everything proposals, How They Asked gives couples everything they need to have—and share—their ultimate “Will you marry me,” moment. 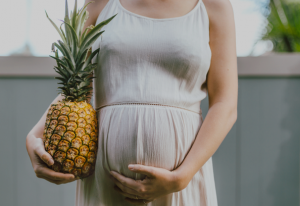 As the definitive millennial voice and leading multi-platform brand for all things pregnancy and parenting, The Bump supports, empowers and celebrates the journey of every parent and parent-to-be. 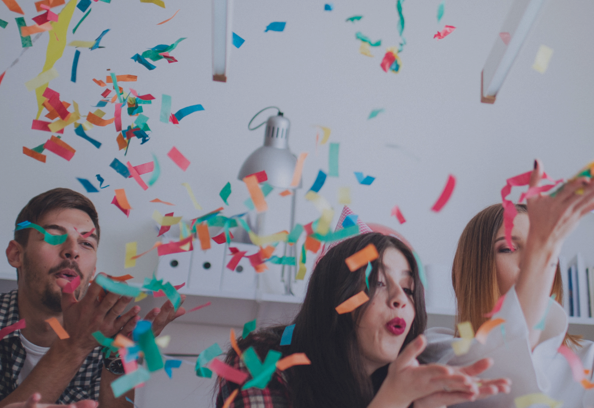 As the #1 event services booking company, The Bash (formerly GigMasters) connects party planners and hosts with the perfect entertainers, party vendors, and venues for every occasion. 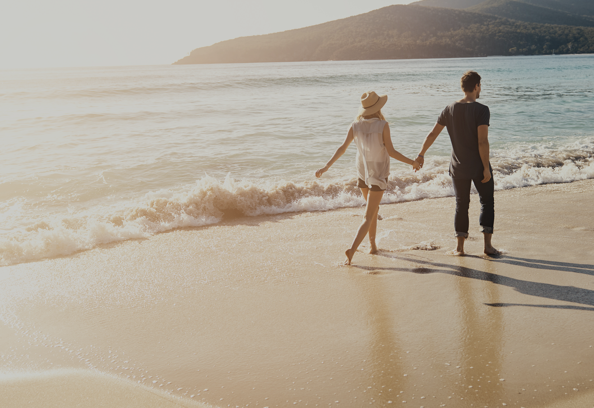 With a mission to empower couples to build and sustain healthy, happy marriages, Lasting is the nation’s leading marriage health app. 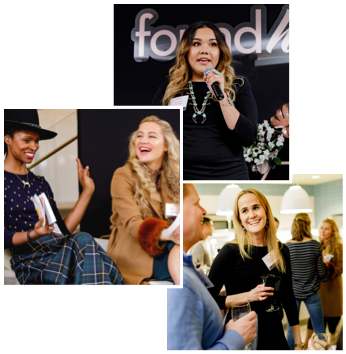 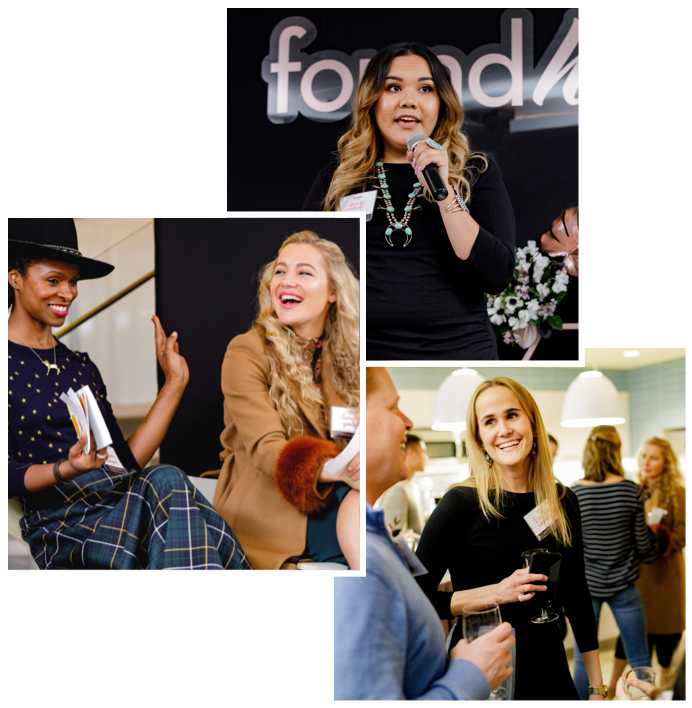 A movement that inspires and empowers female leaders from all walks of life to define and own their purpose and mission.
READ MORE 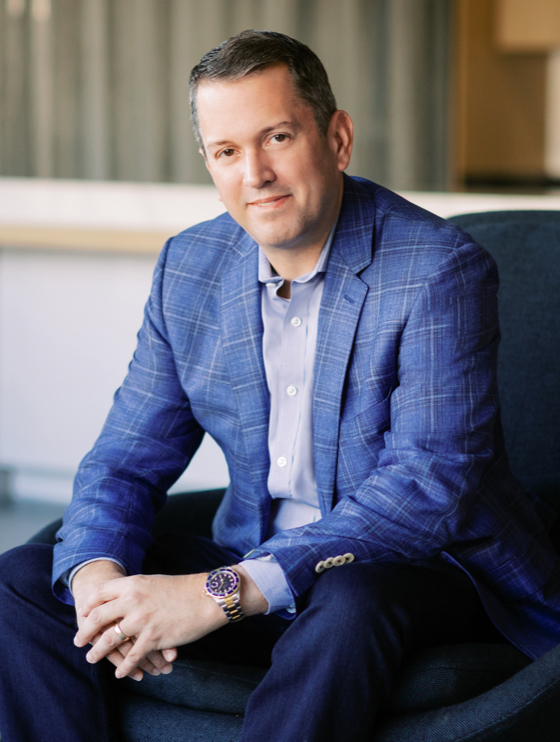 Michael Beach is the Chief Financial Officer of The Knot Worldwide. Mike previously held the position of COO and CFO at Digital Signal Corporation where he spent four years leading the finance and operations function. Prior to Digital Signal Corporation, Mike was the CFO of an industry-leading public company, Blackboard, Inc. During his time at Blackboard, he helped the company grow their revenues to a run rate of $400 million with a market capitalization of approximately $1.5 billion. Additionally, Mike is an advisor at City Light Capital. He was previously a senior manager at Ernst & Young. Dhanusha Sivajee joined The Knot Worldwide in August 2014. As Chief Marketing Officer, Dhanusha is responsible for The Knot Worldwide’s brand and audience-building strategies across all user segments, including engaged couples, parents, small business communities and other advertising partners. Prior to The Knot Worldwide, Dhanusha served as Chief Marketing Officer of the AOL Brand Group at AOL and was responsible for driving audience growth across AOL’s portfolio of digital brands. She has also held senior-level marketing and content development positions at Bloomberg and HBO, where she led all consumer and go-market strategies for Bloomberg’s suite of mobile apps (including the award-winning Bloomberg Businessweek & Bloomberg TV iPad apps) and HBO’s industry-leading digital product, HBO GO.

Dhanusha received a B.S. in international management from the University of Manchester, England and an M.B.A. from Duke University. 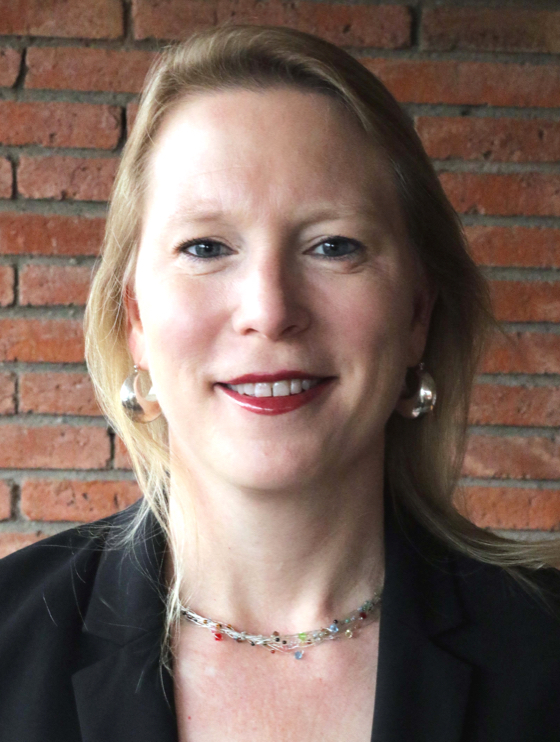 Jessica Finnefrock is the Executive Vice President of Global Operations, responsible for finding ways to unlock new growth, drive alignment on strategy and build out our foundational infrastructure to help The Knot Worldwide scale. Prior to joining The Knot Worldwide, Jessica was Senior Vice President of Product Development at Liaison International, a high growth graduate admissions software and services company. Jessica spent 11 years at Blackboard as the senior executive in charge of product development and product strategy for Blackboard’s flagship teaching and learning product. She has extensive experience managing large teams across multiple office locations.

UP NEXT Sonny Ganguly 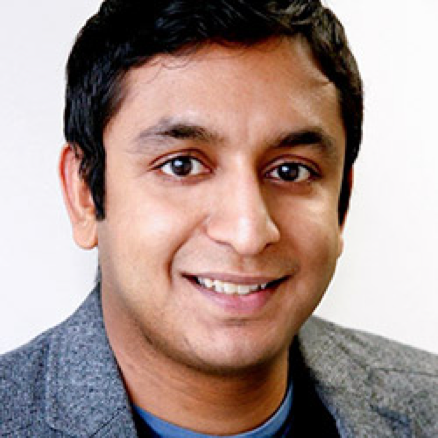 Sonny leads WeddingWire’s B2C/B2B marketing strategy, customer acquisition and community development. Today, WeddingWire is the leading marketplace connecting consumers with event merchants, with an audience of over 40 million visitors each month across its network. In addition, Sonny is a widely acclaimed speaker, giving over 50 presentations across the globe each year on technology, marketing and strategy. Prior to joining WeddingWire, Sonny was in a management program at Wal-Mart where he led marketing, sales, and retail strategy development. Before this experience, Sonny spent four years at Kraft Foods where he managed numerous consumer brands, including the JELL-O business with P&L responsibility for over $800 Million.

Sonny holds a B.A. in Economics with a focus in Management and Marketing from The University of Pennsylvania and an M.B.A. from Harvard Business School, where he served as President of the Marketing Club. Sonny is a founding member of NextGen Angels and an active member of the CMO Club, where he was awarded as a CMO Rising Star.

UP NEXT Andy Ivanovich 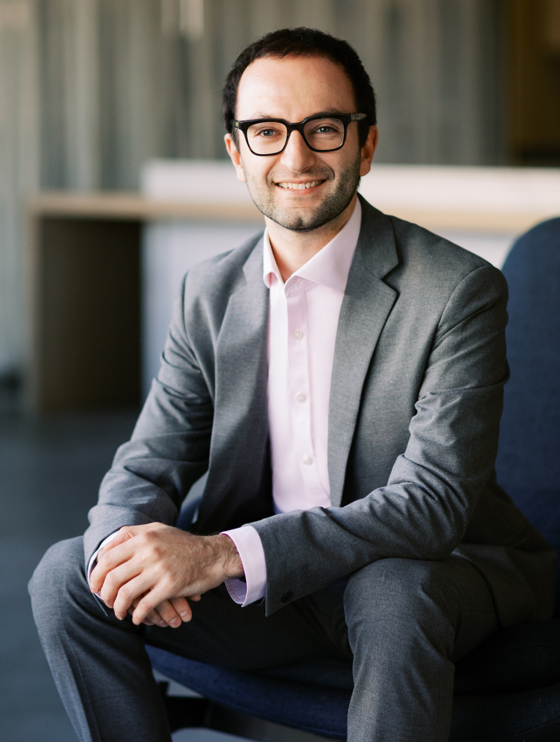 Andy Ivanovich serves as Executive Vice President of Strategy and Finance at The Knot Worldwide, responsible for planning and accelerating the company’s growth. In this role, he oversees corporate development, partnerships, financial planning & analysis and strategic finance. Andy was formerly an investor at Spectrum Equity, where he worked with growth-stage software and internet companies, including WeddingWire. Prior to Spectrum, Andy was a senior consultant at Oliver Wyman FS, advising financial services clients across North America and Europe on transformational strategic initiatives. He previously spent time as an investor at Susquehanna Growth Equity and as a developer at a cellphone software startup.

UP NEXT Emily Markmann 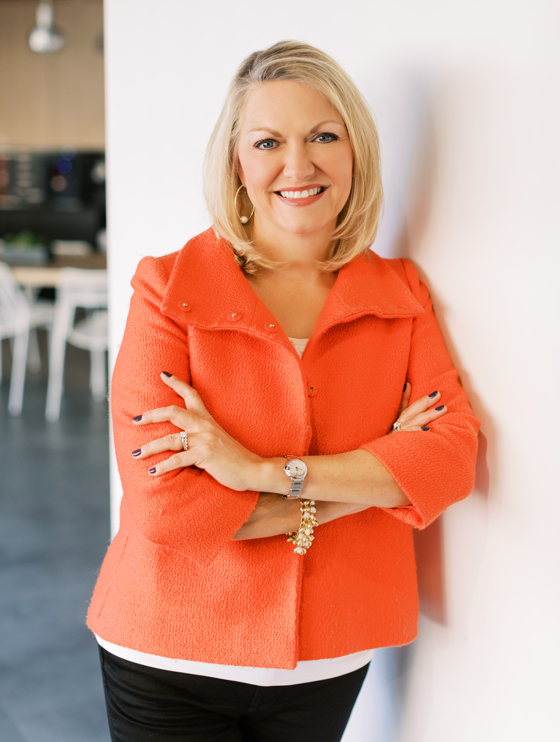 Born in Argentina, Emily is native to Northern Virginia, and earned her B.A. from Francis Marion University in South Carolina.

UP NEXT Andy Olek 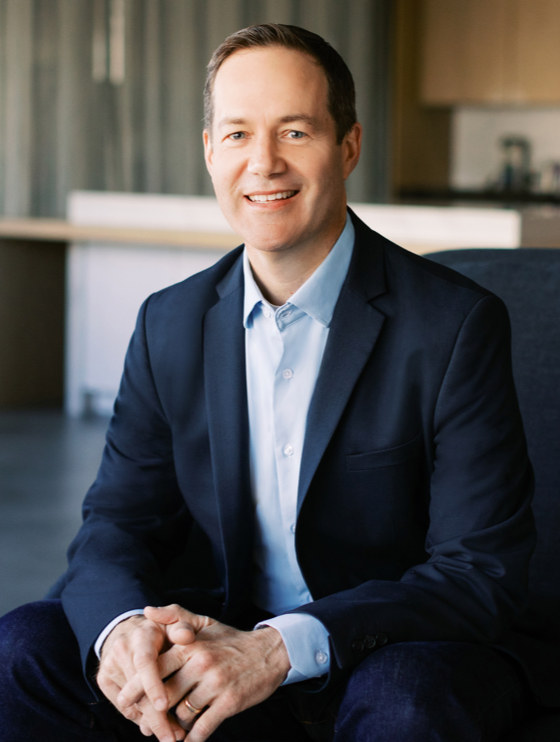 Andrew Olek is responsible for The Knot Worldwide’s legal affairs, as the company’s General Counsel. Prior to joining The Knot Worldwide, Andy was the principal assistant to the General Counsel of Merkle Inc., where he helped the legal team significantly expand its capabilities. Before this, he served as a Senior Counsel at Blackboard Inc., helping the company grow from $136 million to $377 million in annual revenues. Before holding these in-house positions, Andy was an attorney in the Corporate and Intellectual Property departments of the law firm Fried, Frank, Harris, Shriver & Jacobson LLC. Previously, Andy served as a Surface Warfare Officer in the U.S. Navy.

UP NEXT Nina Pérez

Nina Pérez is the Chief Executive Officer at Bodas.net and leads the projects in Europe and Latin America for The Knot Worldwide. In 2008, she co-founded Wedding Planner S.L and was its Chief Executive Officer until it became part of WeddingWire. Previously, Nina was the Strategic Alliances Manager of Grupo Intercom and the Operations Manager at emagister.com.

UP NEXT Timothy Chi 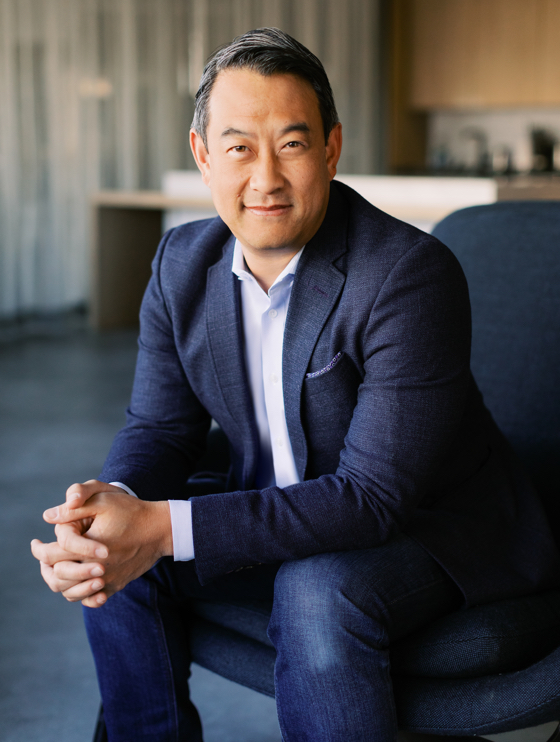 After getting married in 2005, Tim set out to make wedding planning less stressful and frustrating. Together with his co-founders, Jeff, Lee, and Sonny, they threw four desks into his empty living room in Chevy Chase, Maryland and created WeddingWire.com, which became a leading global vertical marketplace serving the wedding industry, helping millions of engaged couples plan, execute and celebrate the most important day of their lives. WeddingWire grew to 1,000 employees worldwide and owned leading wedding brands in North America, Europe, South America and India. In 2019, Tim became CEO of The Knot Worldwide, which oversees leading global wedding brands, including The Knot, WeddingWire, Bodas, Matrimonio and more. Previously, Tim co-founded Blackboard Inc. in 1998. While at Blackboard, Tim pioneered many of Blackboard’s flagship products and strategic initiatives, bringing technology into the classrooms of colleges, universities and school districts across the world. During his tenure as a co-founder at Blackboard, the company raised over $100 million in capital and was taken public on the Nasdaq in 2004.

Tim holds a B.S. in operations research and industrial engineering from Cornell University and an M.S. in engineering management from Tufts University. Tim is a member of the Young Presidents’ Organization in Washington, D.C.

UP NEXT Lee Wang 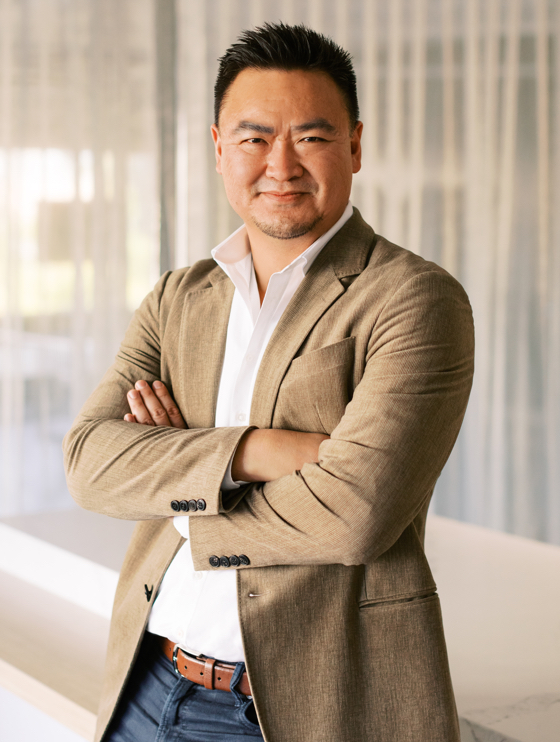 Lee serves as The Knot Worldwide’s Chief Operating Officer, Board Director and President of Company Subsidiaries. Lee is responsible for overseeing business operations, revenue growth and retention strategies. Prior to The Knot Worldwide, Lee was a co-founder of WeddingWire. He also held the post of Vice President of Worldwide Sales for Parature Inc. (acquired by Microsoft), a software-as-a-service company in the customer support and service industry. At Parature, Lee led the efforts to convert the commercial industry to adopt cloud-based software solutions. Preceding Parature, Lee co-founded Blackboard Inc. in 1998 which was taken private by Providence Equity Partners for $1.64 billion in 2011. While at Blackboard, Lee served a variety of roles including Director of Sales and Regional Director of Asia Pacific and Latin America business operations.

Lee holds a B.S. in electrical engineering and a M.Eng. in operations research and finance from Cornell University.

UP NEXT Zohar Yardeni

Zohar Yardeni joined The Knot Worldwide as Executive Vice President of Product in August 2018 from Facebook where he was a Product Manager leading several teams in the Local organization. Prior to Facebook, Zohar led the product team as well as design, content, and data as Chief Product Officer at Knewton and Vice President of Product at ZocDoc. Previously, Zohar ran several startups including CallStreet, an earnings call transcription service which he founded and subsequently sold to FactSet Research Systems (NYSE: FDS). Zohar also served as Global Head of Product Management at Thomson Reuters, where he led a team working to reinvent a multibillion dollar platform of financial applications and websites.

Zohar received a B.A. in philosophy and psychology from Cornell University and an M.B.A. from Columbia Business School.

UP NEXT Jeff Yeh 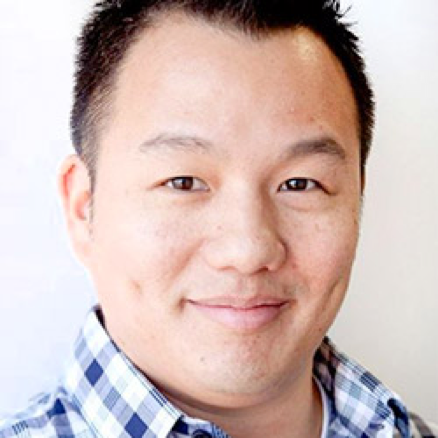 As The Knot Worldwide’s Chief Technology Officer, Jeff leads the design and implementation of the company’s technology platform. Prior to joining The Knot Worldwide, Jeff co-founded WeddingWire and was involved in developing new analytical finance platforms that managed Fannie Mae’s $150+ billion mortgage and securities portfolio. Jeff was also part of the initial rollout of the AT&T Wireless mLife Project to over 20 million subscribers, as well as part of the core technology team that developed MicroStrategy’s personal alerting network, Strategy.com.

Jeff holds a B.S. in computer engineering from Georgia Tech and an M.B.A. from The George Washington University.

UP NEXT Mike Beach

Get in touch for general inquiries, press and investor relations information or to contact human resources.